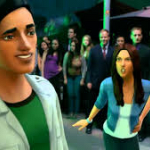 Your wiki seems to be coming together alright. I have a suggestion though... You should increase the opacity of the background in your content space, so the wiki wallpaper isn't so visible. It's very hard to read what's written currently.

Could I just suggest you do the following? It would just look better I think:

Yeah, I'm hoping to get a new background to fit the size soon and I will change the opacity then, also that was quite a while back when it was pretty much impossible to read, and I'll go see what you are talking about now, okay Jasontalk 06:12, September 30, 2013 (UTC)

Retrieved from "https://walk-off-the-earth.fandom.com/wiki/User_talk:JasonThePlum?oldid=4412"
Community content is available under CC-BY-SA unless otherwise noted.